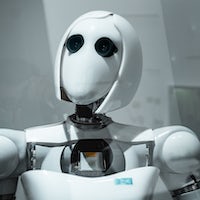 One of the features that come with Python is the python REPL(popularly known as the python interpreter). REPL stands for Read, Evaluate, Print, Loop. REPL enables us to write python code one line at a time. Though most python programs are run as scripts, the REPL can come in handy for quick testing of parts of code or some functions.

In this article, I will build a python REPL (a minimal one, one with fewer features). Building a REPL is not a tedious task as the python developers have done most of the work(damage)😁.

The focus of this article will be one two built-in functions eval() and exec().

Another important thing is understanding the difference between a statement and an expression. An expression evaluates a value, but a statement does(mean) something. In Python, the following are expressions,

eval() is used for evaluating expressions. eval("some expressions as string goes here") will evaluate to whatever is input as a string.

exec() is used for executing statements.

That's it, and now we can mimic the REPL with ease. First, let's create the REPL function, which executes infinitely until ctrl-c. For each loop, we'll take input and evaluate it. If the evaluation fails, we'll execute the same string. If both fail, we'll print out the error. 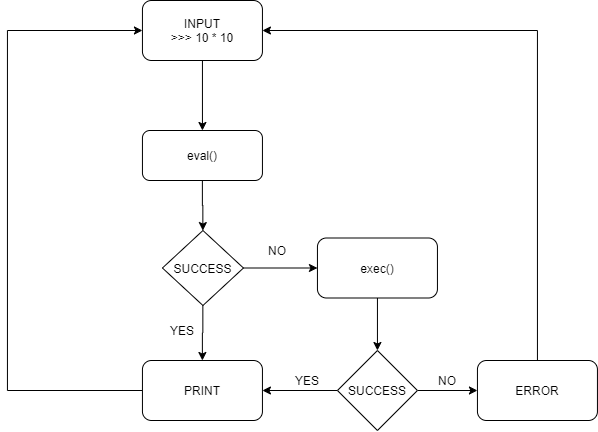 We have successfully re-created the REPL. But this looks very boring, let's add some colors to it.

Now we add RED color to errors and GREEN to successful code run. The final code is,

init(autoreset=True) resets the style after each style change.

The above code is packaged for easy use.

There may be a lot of bugs. Please report if you find any.